Ella Kissi-Debrah: how a mother’s fight for justice may help prevent other air pollution deaths 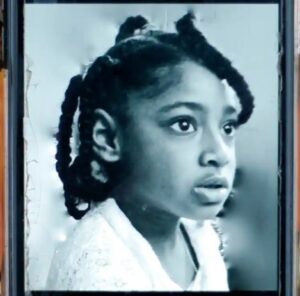 Until now, the statistics on air pollution deaths have been presented in black and white – numbers on a page that estimate between 28,000 and 36,000 people will die as a result of toxic air pollution every year in the UK.

But the life and death of nine-year-old Ella Kissi-Debrah is in full colour: from the pictures of her wearing her gymnastics leotard hung with medals, to the image of her mother and siblings holding aloft her photograph, when they no longer had her to hold on to, as they campaigned for the truth.

As Prof Sir Stephen Holgate told the coroner, behind the often-quoted statistics lie individuals whose lives have been cut short. “Every single number that goes into these studies is a single person dying,” he said.

Holgate paid tribute to the resilience of Ella’s mother, Rosamund Kissi-Debrah, for her tenacity, which on Wednesday helped to make legal history when for the first time air pollution was recorded as a cause in an individual death in the UK.

The last two years of Ella’s life were punctuated by severe asthma attacks that led to her collapse and admission to hospital almost 30 times. Her lungs collapsed, or partially collapsed, on five occasions, as she struggled to survive what the coroner heard was a form of asthma that flooded her lungs with fluid.

t was Holgate’s examination of these years, recorded in medical notes from a range of experts whom Kissi-Debrah turned to for help, that led to a pattern emerging.

Unlike most people with asthma, Ella’s attacks were not triggered by pollen or respiratory infections but something else. Holgate’s work exposed that pattern as a seasonal one: it was in winter when air pollution levels spiked that Ella was brought down with coughing fits, which triggered secretions in her lungs that in turn triggered her collapses.

Ella and her family lived just 25 metres from South Circular Road in Lewisham, south-east London, where levels of nitrogen dioxide air pollution from traffic constantly exceeded the annual legal limit of 40µg/m3 between 2006 and 2010.

The scale of the crisis was a public health emergency, the hearing was told, and the efforts of the authorities to tackle it were glacial.